Competitions: The Romanian Nautical Club is affiliated to the Romanian Sailing Federation (FRY) and in the first year since its setting has organized three sailing regattas, at classes Optimist, and Cadet, in an absolute premiere, on the waters of Techirghiol Lake . Since the 2011 season, the Romanian Nautical Club has been organizing sailing regattas with international participation, included in the calendar of the Romanian Sailing Federation (FRY): (May 27th- 29th the Child’s Cup Regatta, September 12th – 15th the International Regatta – Dobrogea Cup, and December 2nd – 4th the Saint Nicholas Cup Regatta). The DOBROGEA CUP International Regatta is the first across border yachting competition, being organized in a partnership with Morski Klub – Balchik, the interim (transmittable) DOBROGEA TROPHY being annually at stake. In 2012, the “Saint Nicholas Cup Regatta” became the first virtual regatta (e-regatta) organized in Romania on a sailing simulator, owned by the organizing club, the contest taking place at sailing classes: Optimist, Laser 4.7 and Radial Laser. Projects: The Romanian Nautical Club proposes especially to launch a national campaign for popularizing the sailing sport, in all the counties and regions of the country, where there are water courses, natural lakes or man-made water accumulations and where the geographic conditions allow for it. We will organize theme summer camps for Sea Scouts at the sport base on Lake Techirghiol, for teaching children yachting, wind surfing, kayak-canoe and sport fishing. We consider that such a campaign for promoting sail sports will be fruitful on a medium term, both in the sportive and in the artistic field. Also, at the Nautical base in Techirghiol, we provide the necessary conditions for developing some programs of social inclusion by means of sport for the disadvantaged persons and of the persons with physical disabilities and neural-motor handicaps. This will be made possible by a partnership with the social assistance and care institutions, by setting up the sailing school with which the institutionalized children and youth or the children and youth under care of specialized institutions will be able to take all the steps of practical, on water, and theoretical training, so that at the age of 16 they should be able to get the skipper license, for cruise yachts, a professional certificate accredited all over the world. The second social program envisages the creation of special facilities for the persons with physical or/and neural-motor disabilities, for practicing the sailing sport and for physical recovery. This project will be developed in co-operation with the recovery sanatorium institutions, on the Romanian Black Sea coast. Promotion: The Romanian Nautical Club (www.clubulnauticroman.ro) promotes the nautical culture and a life style specific for the fans of the aquatic medium and of the water sports by means of a multimedia platform consisting in the on-line magazine MAGAZIN NAUTIC (NAUTICAL MAGAZINE) (www.magazin-nautic.ro) and the web-TV site NAUTICA TV (www.nauticatv.ro ). Expertise: In February 2011, the Romanian Nautical Club received the accreditation at The Romanian Parliament from the Chamber of Deputies and since that time collaborates in specialized legislative matters, with the parliamentary commissions: ECONOMIC PUBLIC ADMINISTRATION, BUDGET, WORK, HEALTH, EDUCATION, CULTURE and LAW. The President is ANDREEA MIHAESCU, General-Secretary: Ion CUSTURA, Executive-Director: Gulbin AMET and Commodore Octavian TACU.

History: The Romanian Nautical Club is the first specialized sport association in Romania exclusively dedicated to water sports (yachting, boating, kayaking &canoeing, swimming, water polo, fishing, Sea Scouting, etc.). Established at Constanta in 1908, the Romanian Nautical Club had the chance to be invited and to participate, as a founder member, in Bucharest, on December 1st – 14th 1912, to the Constituting Meeting of the Federation of the Romanian Sport Societies (FSSR), the first national sport organization reunited under a unique organizational, representative, administrative and conceptual authority, the existing acting sports entities. The first central representative body of the Romanian sports was composed of a series of central commissions: athletics, football-rugby, association football, lawn tennis, fencing, bicycle riding, target shooting, winter sports, nautical sports, gymnastics, rounders-sport, the propaganda commission, the school commission, the commission for the field maintenance, etc. Prince Ferdinand was elected President of FSSR at the very Constituting Meeting (he was King of Romania after 28th September 1914). Beside the constituting sports clubs and societies, other illustrious personalities participated as natural persons-founding members: George Valentin Bibescu, Ion Camarasescu, Dimitrie Ionescu and General Constantin Coanda. Prince carol was appointed Secretary General. The emblem of FSSR was settled to be a blue badge having a central raven holding a cross in its beak and its colours were blue and black. After World War I, the Romanian Nautical Club seized its activity. References were published in the issue of homage of 1937 of the Marea Nostr? magazine (Our Sea) (May-July) in the DOBROGEA 1878-2008 volume, ed. Ex Ponto, 2008, in the chapter The History of Sports in Constanta, signed by journalist Claudiu Val and Dr. Elena Frâncu, in The Romanian Royal Yacht Club – a brief history – album, published by Carmen Irene Atanasiu, in 2010, ed. Yacht Club Român, as well as in the historiography work THE PRESS OF THE ROMANIAN NAVY- a bibliographical dictionary, by Colonel Dr. Marian Mosneagu, issued in 2011 by ed. Militara. Currently: Re-established by sentence no. 7879/212/2010 of the Court of Constanta, at the proposal of some passionate sports fans, the Romanian Nautical Club has its headquarters in Constanta, 32 Callatis Street, 3rd floor, and it owns at present a sports base for training, competitions, and training camp for yachting and boating on the bank of Lake Techirghiol, in the town of Techirghiol at 15 Dr. Victor Climescu Street, close to the balneary sanatorium. The Romanian Nautical Club has presently an active partnership with the: Sport and Youth County Departament of Constanta County, Naval Academy Mircea cel Batran, Coast Guard, Navy Staff, Maritime University of Constanta, the National College Mihai Eminescu – Constanta, by means of which the first Optional course of learning the sailing sport was launched in Romania within the college in the 2011-2012 school year. The model of this optional course will be extended and made permanent in the localities neighbouring the Techirghiol Nautical base and especially in the school network of the Techirghiol town. The Romanian Nautical Club accredited in the summer of 2011 its first training course four leisure ships steering within the School of Sailing, the theoretical and practical instruction are going to be carried out in the nautical base of Techirghiol and in the education institutions with which we have active partnerships. 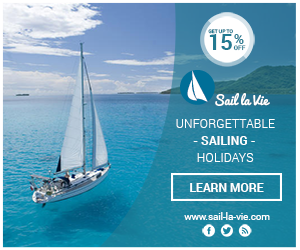